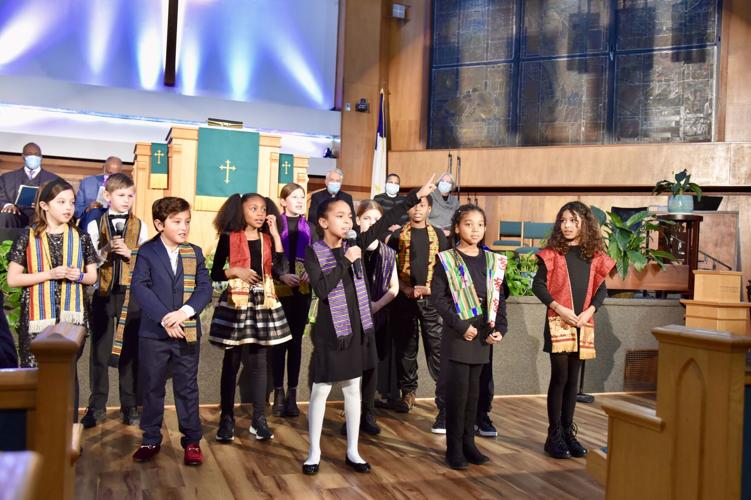 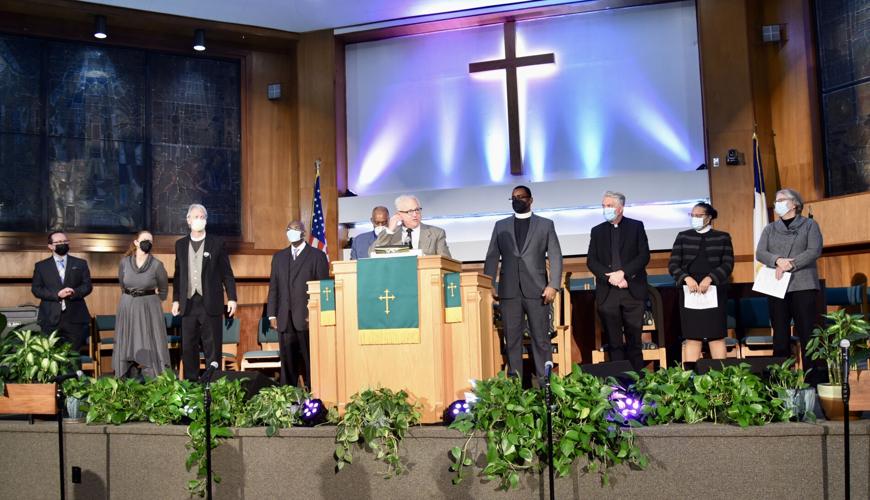 Scores of people of all ages gathered at Concord Baptist Church Jan. 16 to celebrate the life and works of the Rev. Dr. Martin Luther King Jr. and be challenged that staying silent in the face of modern day civil rights injustices amounts to betrayal.

Keynote speaker Rahsaan Hall of Brockton spoke of King as a “giant of the man who was embodiment of the civil rights movement in the 50s and 60s” and a man who did not keep silent.

Hall noted that King, his wife Coretta Scott King, and many other leaders and laborers were honored in the unveiling of the “embrace” statue in downtown Boston this weekend.

The celebration included participation by nine local pastors who are among the 15 member organizations of MICA.

Rev. Hall Kirkham of St. Michael’s Church said that about 500 “blessing bags” were put together by Milton residents and delivered to homeless people everywhere.

MICA President, the Rev. Maurice Davis, introduced Hall, a lawyer who has worked for racial equity, a reverend, and a former assistant district attorney who ran for Plymouth County District Attorney.

Hall, the former director of the Racial Justice Program for the American Civil Liberties Union of Massachusetts, said that King, despite his “shortcomings and transgressions,” is celebrated for “the righteousness of his message and his work” and the validity of grievances they sought to have redressed.

“These grievances were as old as the nation itself. The denial of dignity and the second-class status of the Black people in America that has been woven into the fabric of its nation,” Hall said, addressing the scores of people gathered inside the church and those listening online.

He described King as “speaking truth to power in the prophetic tradition on behalf of “the 20 million so-called Negro people” in America.

Hall said celebrations over the 55 years since his death often serve up a “sanitized and palatable version” of King.

For more on this story in print or online.

Sorry, there are no recent results for popular commented articles.